A magazine cover encouraging people to ration food in the US during the war is the theme at Sepia Saturday this week.

Rationing was introduced to Australia in May 1942 but was never as stringent as that imposed on the people of the United Kingdom. Clothing, tea, sugar, butter and meat were rationed and a coupon system established.

This table shows the initial ration amounts and the date rationing was abolished.

Petrol was also rationed (the logistics if this was a very tricky problem for the government) and, among other things, car owners were encouraged to use gas producers. Many private cars were put up on blocks in garages for the duration because it was so difficult to obtain petrol. The rationing scheme was very complicated and the paperwork horrendous. I've recently researched a soldier's record that revealed he was court martialled for stealing a gallon of petrol and he was confined for six weeks.

Aunt Lena has some rationing coupons in her photo album. She was a single lady at the time, and a teacher in central Victoria. 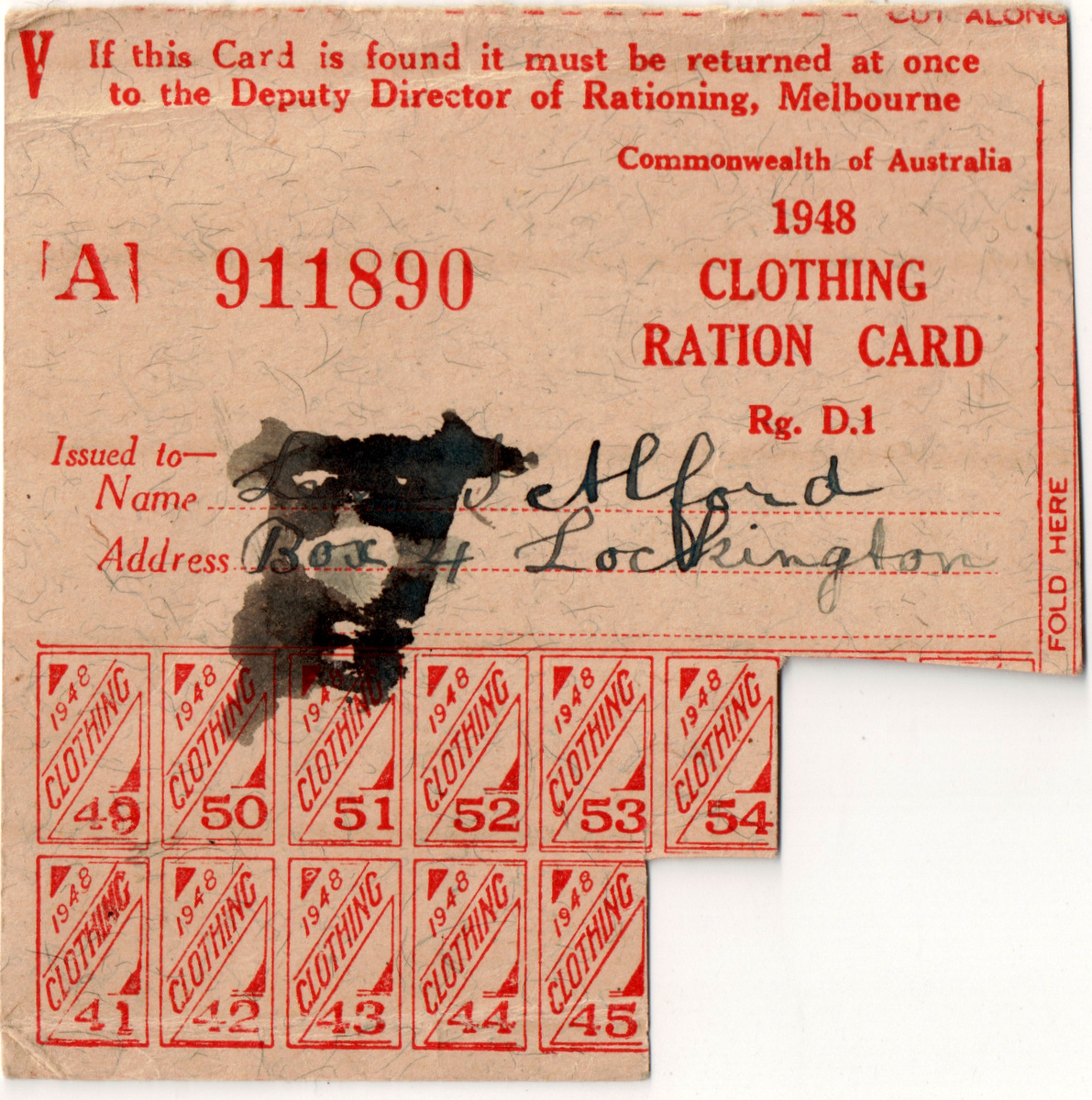 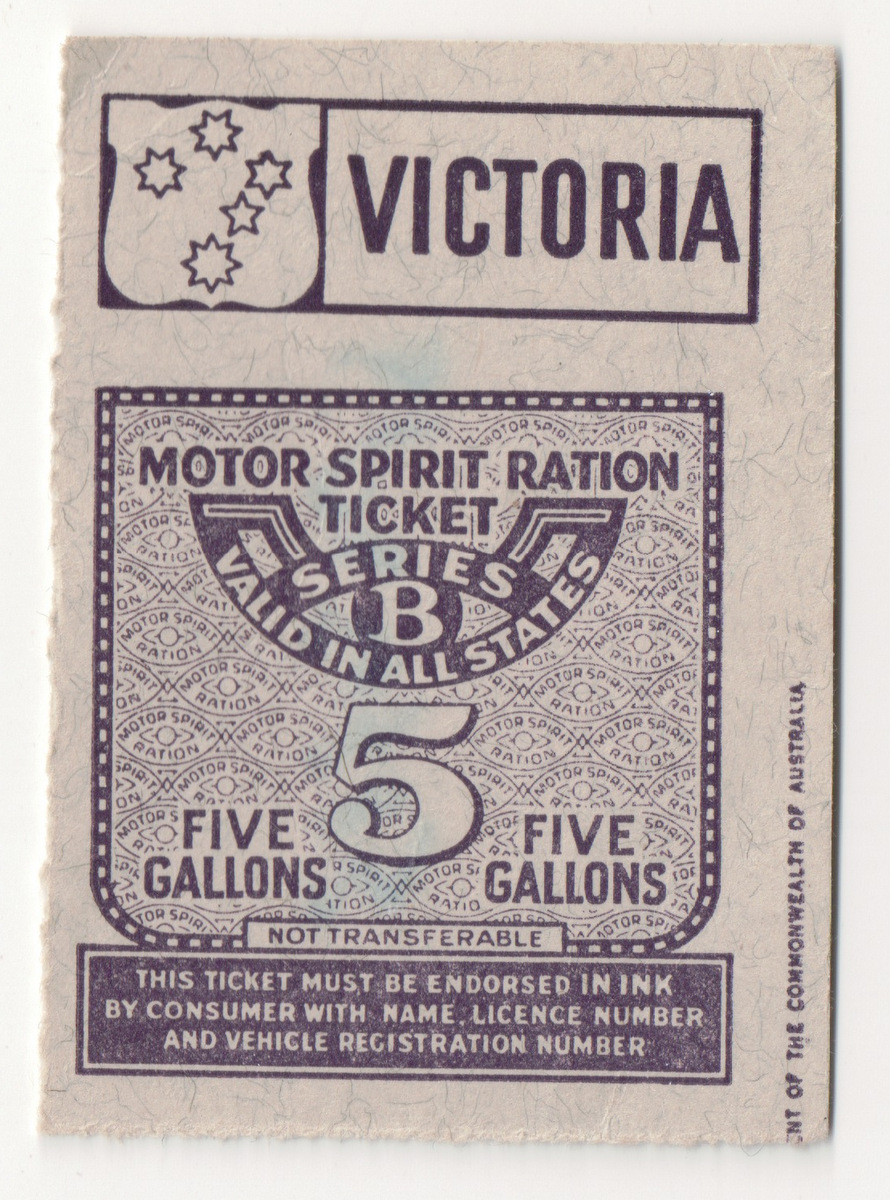 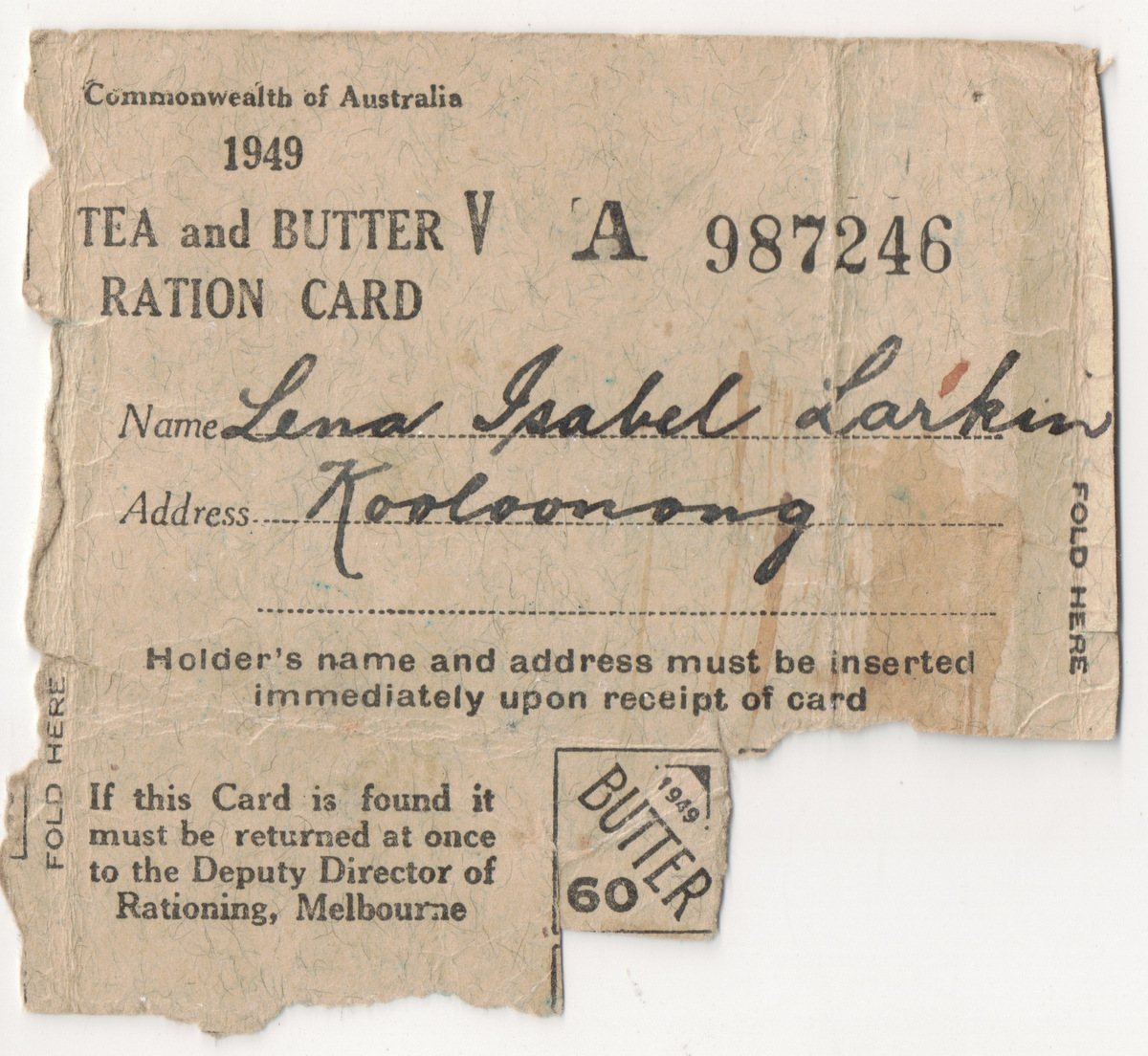 The newspapers and magazines at the time helped the war effort by providing articles about rationing and photos of food and clothing made with rations in mind. The Australian Womens Weekly was a popular magazine and I found theses two articles in digitised form on Trove at the National Library.

You can see what other bloggers have written on the theme over on the Sepia Saturday webpage.