I've written about Ephraim Smith several times in this blog. He was my grandfather's grandfather.

Ephraim and his wife, Elizabeth, migrated from England to Australia in 1852. I've written about him selecting land at Dunmunkle (here), about his broken leg (here) and about his arrest in 1851 for being involved in a drunken brawl after a cricket match in his village (here). The last episode amuses me because he led a sober Christian life, raised a large family and worked hard as a farmer and gained the respect of all in his district. And it amuses me because three years after the brawl, in another country, he was employed as a policeman for a few months.

I was reminded of this when I saw the theme photo for this week's Sepia Saturday. 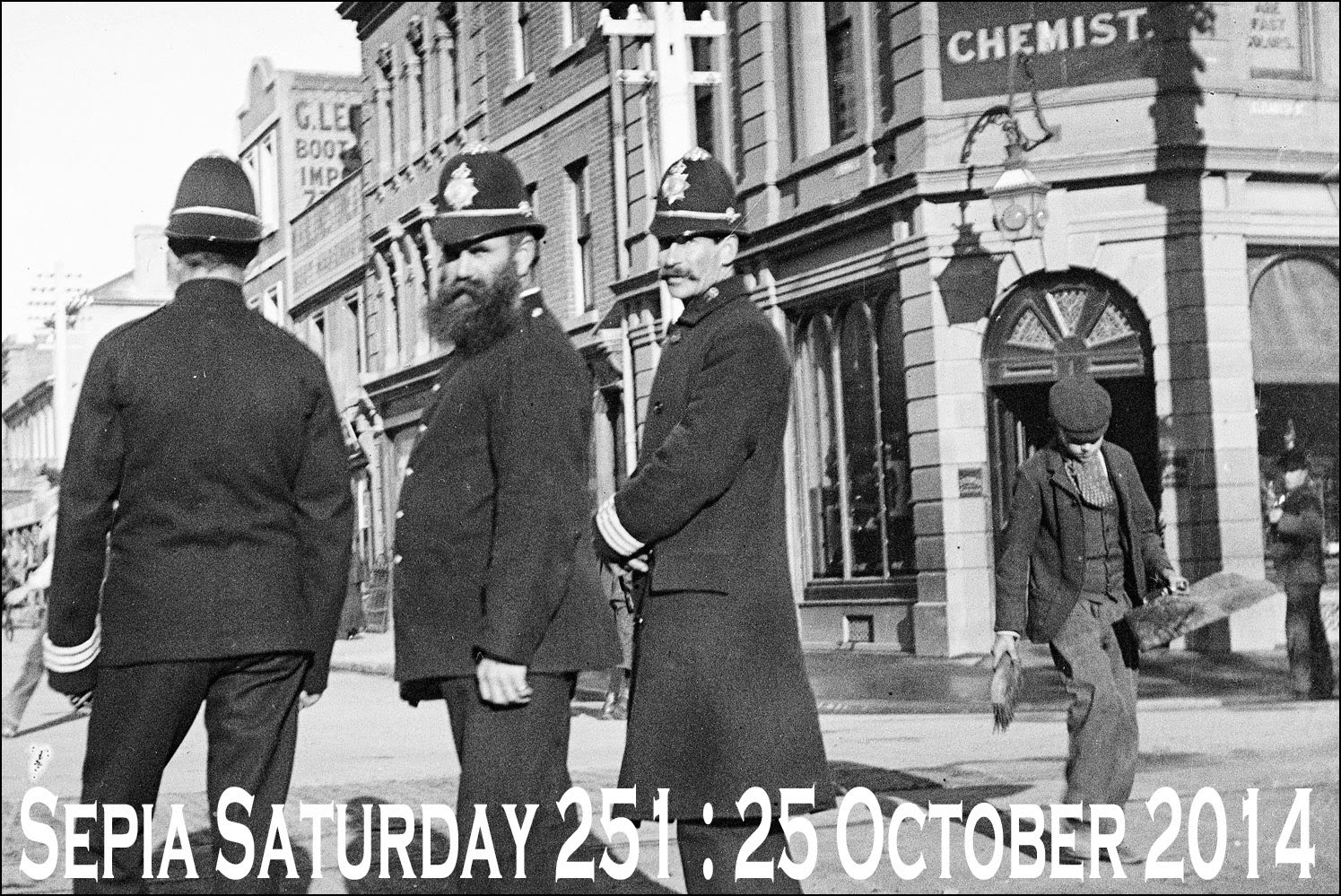 Victoria Police was formed in January 1853 nearly 20 years after the colony was first settled by Europeans. During those 20 years there had been seven independent police forces and the uniform of Victoria Police was influenced by previous uniform styles. The single-breasted tunic was navy blue with a row of white metal buttons and they wore navy trousers in winter and white in summer. They wore a black leather tschako-style cap. So the uniform was probably similar to that worn by the 'men in blue' in the theme photo. Ephraim signed on as a constable in July 1854 and would have had to purchase his own uniform.

Ephraim was 28 years old and had three small sons. The family was living in the Warrnambool area and that's where he served. He left the force after six months, for reasons unknown, and after that time always worked as a farm labourer and farmer.