Two men in suits, yarning in the doorway of a coffee lounge. That's the theme photo for this week's Sepia Saturday. So of course I ignored the men and went with some of the signage on the wall.

On the left side of the photo there is a florists's sign that reads 'Wreaths and Crosses' and I'm following that link in this blog. In World War 1 a relative was sent an album of pressed flowers from the Holy Land and Jerusalem.  There are about 12 pages like those below. The album is about A4 size and has a cover made of olive wood. Some of the pages have crosses, some not. The flowers are in remarkably good condition and retain a lot of colour. 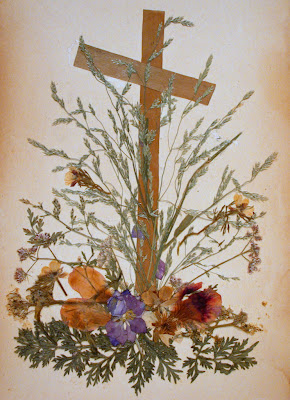 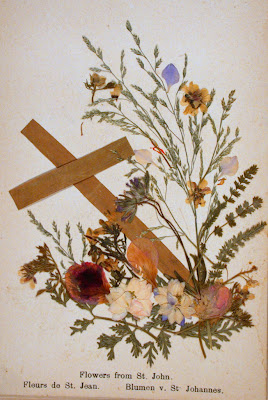 Also during the war a family member, David Ray Leed, was killed in France. This photo was sent to his parents.


About 15 years ago friends of ours visited the cemetery and gave us these photos as well as a pressed red poppy they gathered from a field there. As you can see, the cemetery looks much different now. It's under the care of the Commonwealth War Graves Commission.

At about the same time, between 1910 and 1920, this postcard was sent to a lady in Melbourne for her birthday. Now why would you put a cannon on a birthday card??? Even if it is covered in flowers. 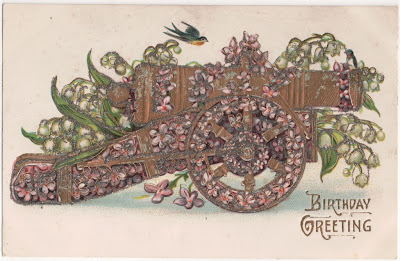