It looks as though it has been constructed and excavated by man but in fact it's a natural feature. The Undara tunnels are huge lava tubes in northern Queensland, created when a river of molten lava keeps moving under the solidified crust of lava. The area is now a National Park.

Another lava tube but this time it has a floor of ice. The long tunnel acts like a refrigerator so the ice stays frozen even when it's hot outside. This is the Shoshone ice cave in Idaho that we visited several years ago.

Another holiday, this time in Europe in 2010. On one memorable weekend our son drove us from Zurich to Innsbruck through stunning scenery and the road kept disappearing into tunnels that just seemed to go on and on through the mountains. We don't really do tunnels in Australia so we were very impressed. 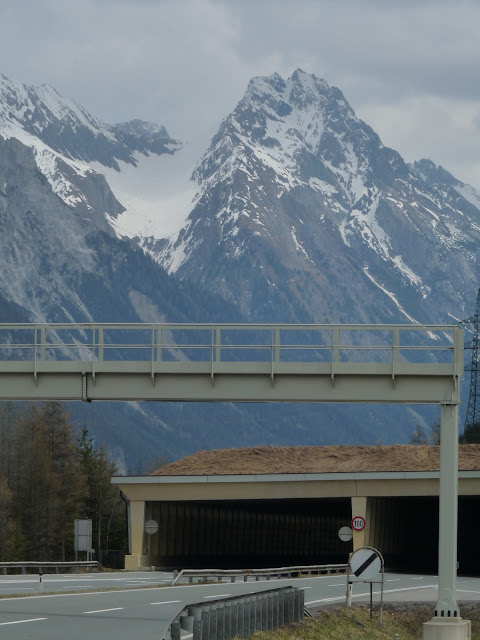 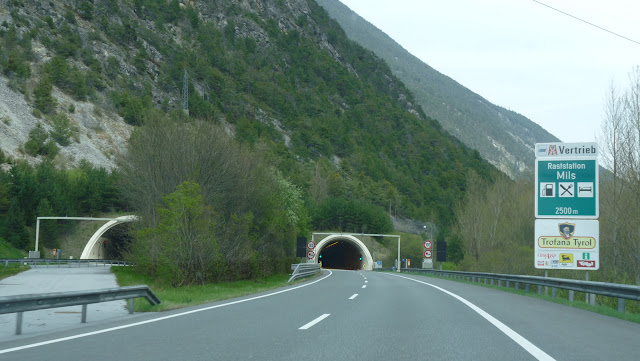 So there you have it. Some non-sepia photos for Sepia Saturday's theme this week. If you want to see some older photos I suggest you visit to see those that other bloggers have contributed.

Email ThisBlogThis!Share to TwitterShare to FacebookShare to Pinterest
Labels: tunnels