Voyage to Australia: the ship 'Magdalena'

The ship Magdalena left Southampton harbour 23 May 1853, bound for Adelaide, South Australia. Captain Brenton was in charge and, apart from the crew, there was a surgeon superintendent, a handful of cabin passengers and about 360 government sponsored (assisted) immigrants. It arrived in Port Adelaide on 25 August 1853 after a voyage of three months.

On board were my ancestors, William and Ann Wyllie  (or Wylie, as they were listed on the passenger list). William was 25 years old and Ann (nee Cranston) was 23. They had married three years earlier in Ann's home town in Muirkirk, Ayrshire, Scotland. Ann was about five months pregnant when they boarded and their first child was born in Black Forest, Adelaide about a week after they arrived.

I'd be interested to know how they travelled from Ayrshire to Southampton. Did they travel to Glasgow and then board a coastal ship? It's quite a distance. Why didn't they travel directly from Glasgow or Edinburgh? Even Liverpool is much closer. So I imagine there was quite a lengthy lead-in time to the actual departure, and we'll never know the reasons prompting them to make the decision to emigrate but I think it would have been economic. It wasn't gold prospecting because they stayed in South Australia for several decades before moving the Victoria. 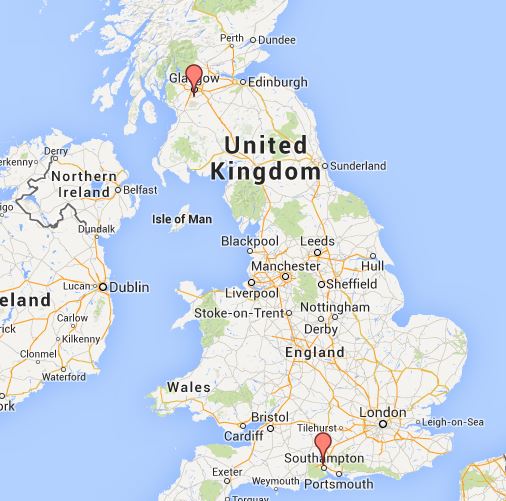 Anyway, I digress. Back to the voyage itself. An Adelaide newspaper published a list of the passengers on board the Magdalena as well as the cargo she carried.
According to the above report there were nine births and eleven deaths on board during the voyage. But another source states eight births and fourteen deaths. You can find a full list of the names (as well as a detailed passenger list) on the TheShipsList webpage but the cause of death is not known because the surgeon superintendent was inept at keeping accurate records. He was charged and convicted in an Adelaide court as detailed in the following newspaper report. 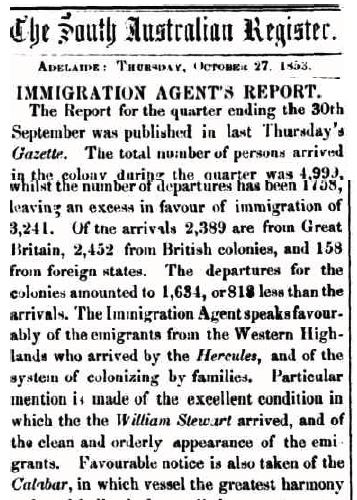 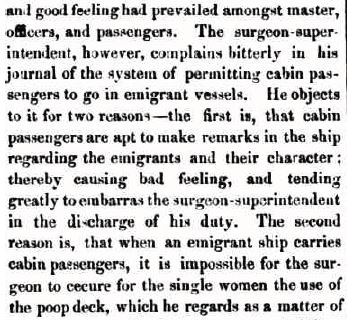 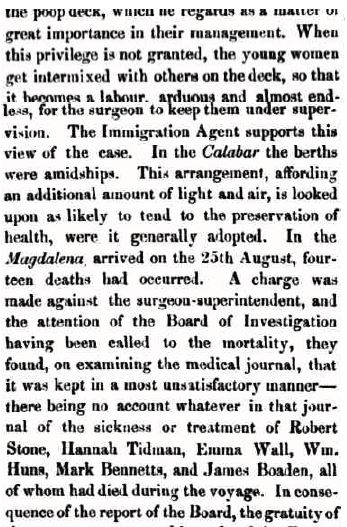 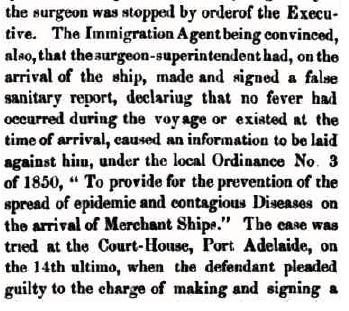 There was also a small newspaper report of a lost item of luggage. I wonder how often luggage was lost or stolen after it was taken off the ship.

I have in my home a wooden chest that we use as a coffee table. We have no way of knowing for sure but I believe it is a chest that one of my ancestors used to carry their luggage on ship - and the Wyllies on the Magdalena are the most likely. My father remembers that when he was a child in the 1920s it was kept in the boys' bedroom and used to store clothes. 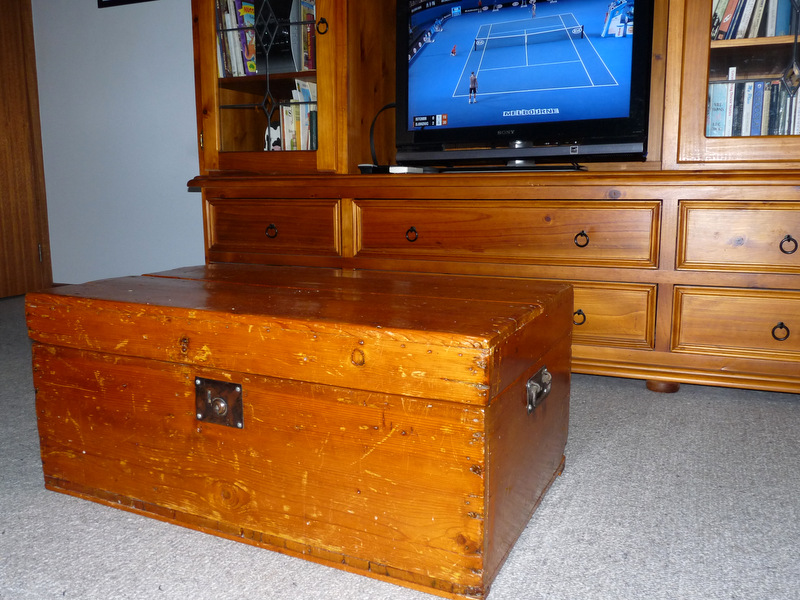 And, lastly, a little anecdote. My Uncle Jim Wyllie told me that he met a man who told him that his father was on the Magdalena with William and Ann Wyllie, and he remembered William winning a raffle on the voyage. The prize was a case of apples which was shared among some of their fellow passengers.
Posted by Boobook at 12:01 AM