Sometimes you just have to laugh.

Several decades ago a cousin of my mother published a history of Ephraim and Elizabeth Smith who migrated to Victoria in 1852 and lived at Warrnambool and then Dunmunkle near Minyip. In that publication she wrote: Ephraim was a very keen follower of cricket. In those early days, with few means of communication, while the test matches were being played, he would sand out on the main road until someone came along who could tell him the score.
Ephraim and Elizabeth were successful farmers and brought up their family with strong Christian beliefs. They were respected in their community.
Today I was exploring The British Newspapers Archive which is a wonderful (and growing) online resource. You can do a search for free and filter the search results by decade and locality, and usually there is enough detail in the search results to see whether it is worth seeing the original online (each view costs 5 credits). I don't have a subscription but when I saw the combination 'Old Dalby' and 'Ephraim Smith' come up in an 1851 paper I registered and claimed my free 15 credits so I could have a look. Here's the result.

It appears that Ephraim and his older brother Ornan were involved in a drunken fight after winning a cricket match. The Crown Inn, mentioned in the article, still exists. 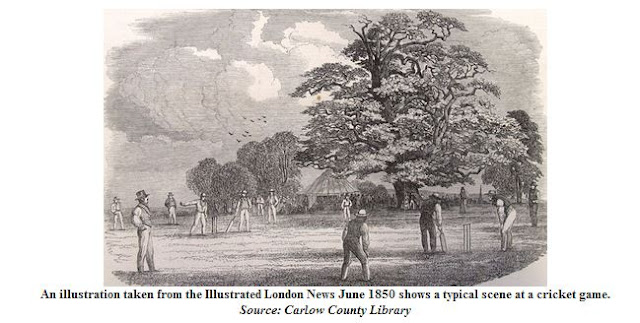 Ephraim was a married man at the time, 26 years old with two young sons. I wonder what his wife, Elizabeth, said to him when she heard what he'd been up to. Maybe the Judge's caution worked because I think Ephraim led a sober life in Australia.
Posted by Boobook at 6:11 PM