I was searching, with some success, the newspaper files on Trove for mention of my great-grandparents when they lived at Lismore, Victoria early in the 1900s. Just following rabbits down various burrows as you do.

Henry and Martha Taylor seem to have had a fruit and vegetable shop in Lismore - Henry was a market gardener - while maintaining a connection with properties at Ecklin South and Cobden.

One of the newspaper items I found was a letter from a soldier, local Lismore lad Patrick Leslie McGowan known as Les, written to his mother from Egypt and published in the local rag in August 1915. He was a soldier in the AIF in World War 1. Les is not a relation of ours but in his letter he mentions Henry and Martha Taylor's son, Dave.

I've previously written a blog post about Dave because he too served in WW1 but, unlike Les, he was killed in action in France. Les' letter adds a little more detail to Dave's story.

Dave sailed to Egypt on the 'Clan Macgillivray', arriving March 1915, and then immediately sailed to Australia and then back to Egypt as a Military Policeman (Provost) on the 'Ulysses'. Les McGowan had enlisted in April 1915 and also sailed on the 'Ulysses' from Melbourne. Like Dave he was a Military Policeman on the ship, and off and on throughout the war ( he also served as a shoeing smith at times), when he served at Gallipoli, France and India.

This is Les McGowan's letter in which describes the journey from Melbourne to Egypt and something of the life of a soldier in Eygpt. A month or so later both Les and Dave went to Gallipoli. 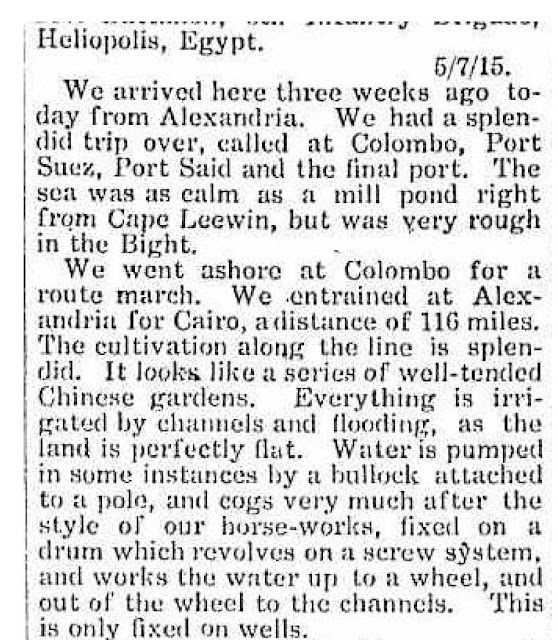 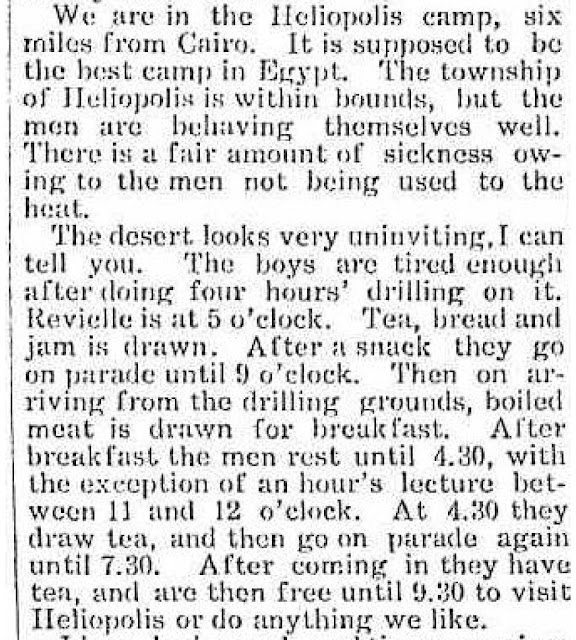 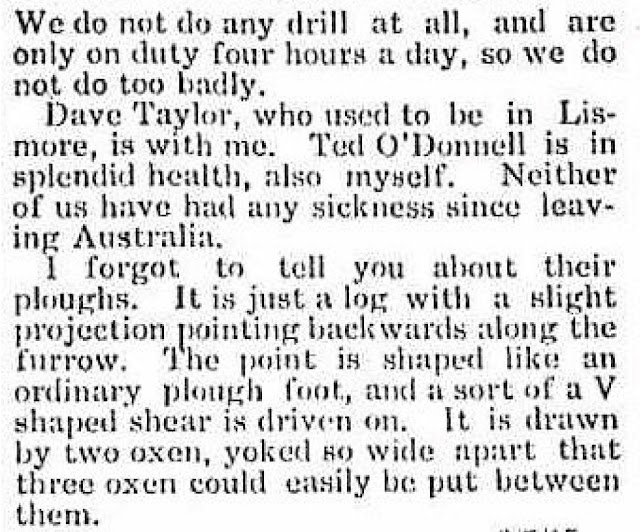