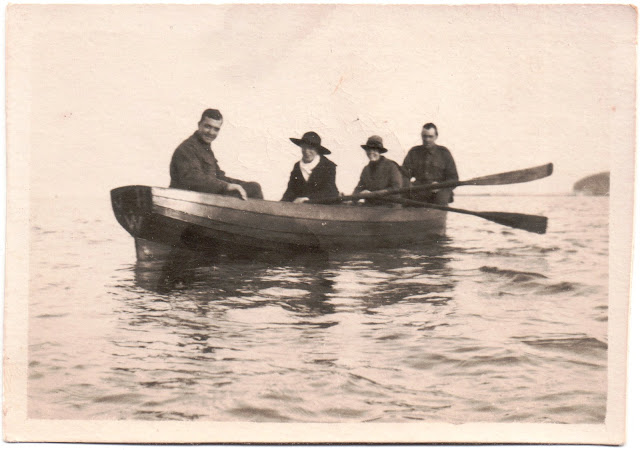 There are a few clues. The two men are wearing the uniform of the AIF, the Australian army. There is a headland on the horizon. The rowboat is made of wood and I can make out the letters X, H and W on the stern. The women are wearing hats with wide brims. It's probable that the photo was taken in England when my husband's grandfather, Roy Phelan, was on leave during World War 1.

I chose this photo in response to Sepia Saturday's theme of 'role reversal' or 'Leap Year' because the women are doing the rowing. There are only two oars visible but hopefully there are four so they don't row in circles.