This week's theme photo for Sepia Saturday shows people with practical and artistic skills employed in a  factory.

Well, I've searched my photo collection and failed to find anything similar, so I'm heading off on a tangent. The illustrations are not sepia but it is an old trade so I'm half way on theme.

A few years ago we were in northern New South Wales on holiday and one memorable activity was the morning we visited an industry in the small town of Uralla. It was an iron foundry, the oldest working foundry in Australia.

The buildings weren't large but I was mightily impressed. We saw a blacksmith in action, manipulating the hot iron like it was a piece of dough. We saw many old tools and examples of items they had produced over the years. We saw the patterns and moulds for the delicate-looking cast iron lacework. Until that day I hadn't fully understood the difference between wrought iron and cast iron. The blacksmith produces wrought iron from iron that, because it has less than 1% carbon content, is soft and malleable. It can be hammered and rolled. Cast iron is made from iron that has a higher (3%) carbon content so it can be melted and poured into sand moulds. It is hard and brittle and cannot be hammered or moulded.

The cast iron process is amazingly skilled. We saw the molten iron being poured into sand moulds and then placed into presses until they were cool enough to use. Some of the moulds were tiny, others very large. Most of the moulds are very old pattens. It's hard to imagine sand being used for such delicate work and as I write this I wonder if they use a particular type of sand.

Our visit coincided with a that of a historian from the New South Wales museum who was cataloguing each item in the foundry - every one of the hundreds of  tools and patterns was being photographed and described. And it is just as well because I have just done a web search and it appears that the foundry has now closed as a business and is only open by appointment as a museum.

We are all familiar with the work produced by a blacksmith or cast iron foundry. Houses, shops, public buildings and cemeteries from the 1800s and early 1900s were decorated in iron or had iron incorporated into the structures like verandah posts and street lighting. And bridges. Several years ago we visited the first iron bridge in the world, at Ironbridge near Shrewsbury in the UK. It was built in 1779 and the work and skills that must have gone into the building of that beautiful bridge is amazing.

For a number of years I was a guide at a local cemetery and ironwork got a mention in my tours along with famous people, interesting people, headstone architecture and symbolism. Sometimes it's easy to overlook the ironwork in the older sections of a cemetery even though it is very common. The headstones and memorials are the key focus. But we should stop to appreciate the delicate lacework, forget-me-knots, anchors, doves, crosses, finials, inserts, ornaments, posts and pickets all made from iron. These examples are all photos I took a decade ago in Eastern Cemetery, Geelong and research for this blog has made me curious to go back and see if there are makers' badges. It seems a shame if the work of the craftsmen is unacknowledged. There were several foundries in town so I imagine they are well represented. 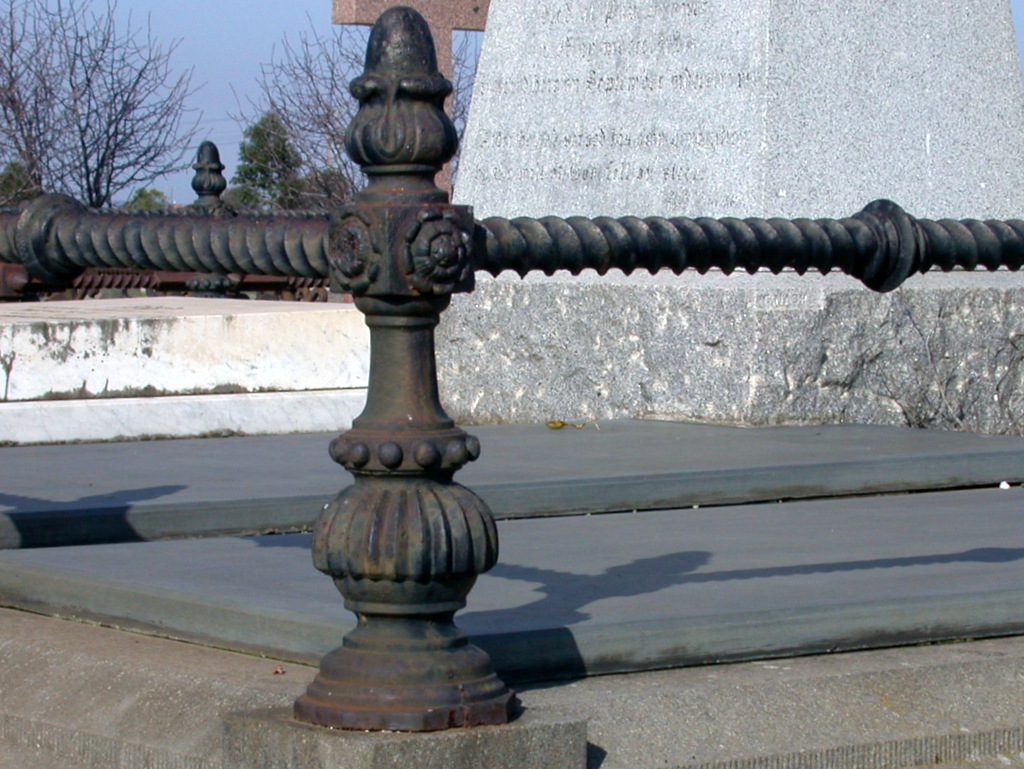 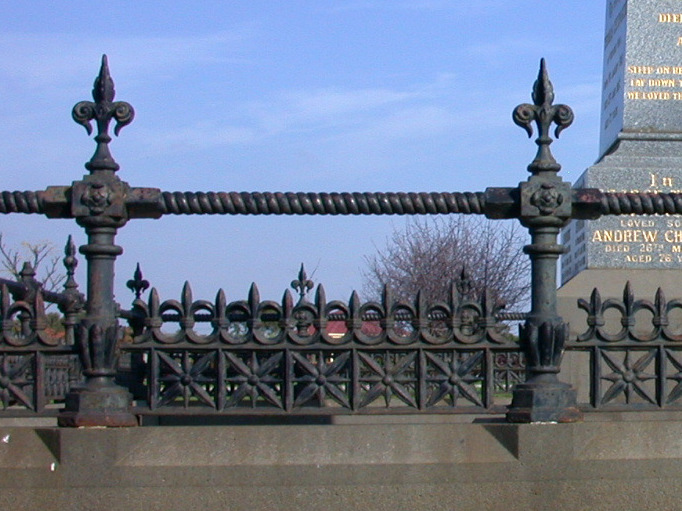 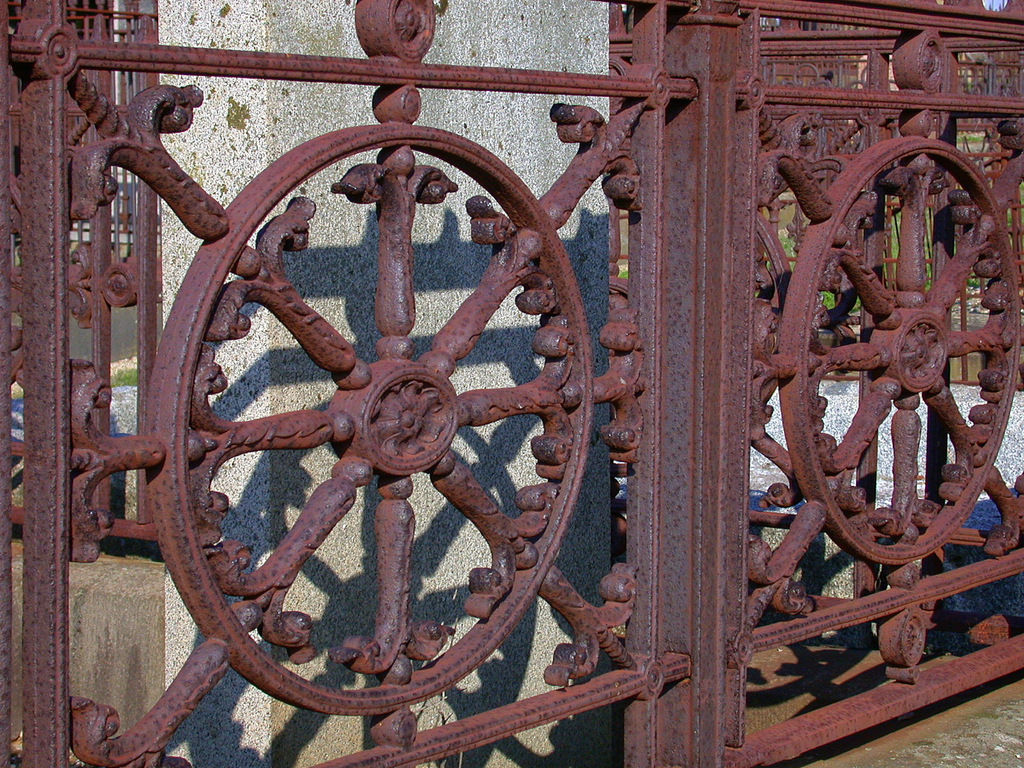 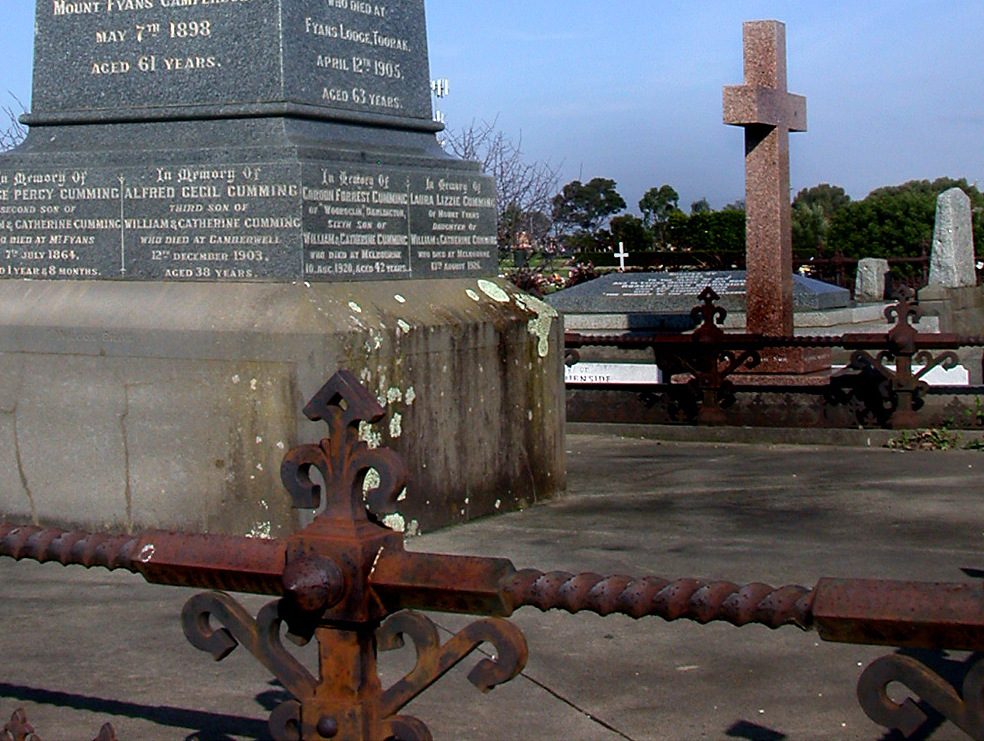 You can see the work of other skilled people over at Sepia Saturday.
Posted by Boobook at 1:17 PM