Christmas 1962 was done and dusted  Several days later my husband, who was 14 years old at the time, travelled with a couple of other lads from Kerang in northern Victoria down to Essendon airport in Melbourne. They flew to Hobart in Tasmania (the island State off the south coast of Australia) to attend the Scout Corroborree, a camp based at Lea. It was a big national camp so there were boys and leaders from all over Australia and beyond. (Coorroborree is an Aboriginal word that means gathering for ceremonies and dancing.)

This is a postcard Phil sent home with an x marking the location of the camp. It was probably a card produced for the occasion but unfortunately he must have put it in an envelope because it doesn't have a postmarked stamp. I say unfortunately because philatelists are interested now because there was a temporary post office established at the camp and the collectors want the postmark. 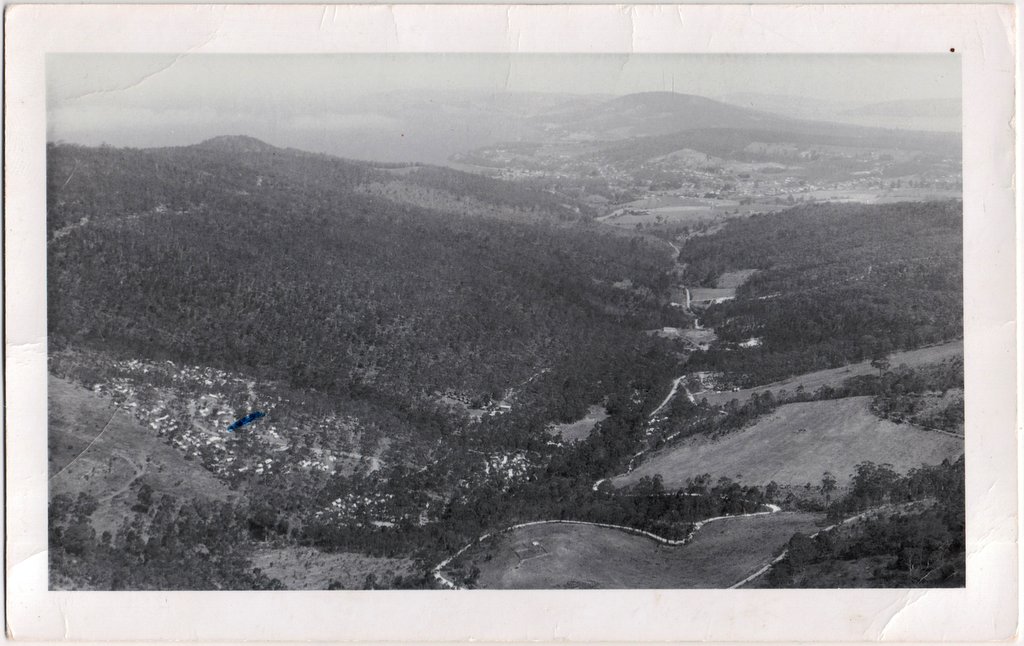 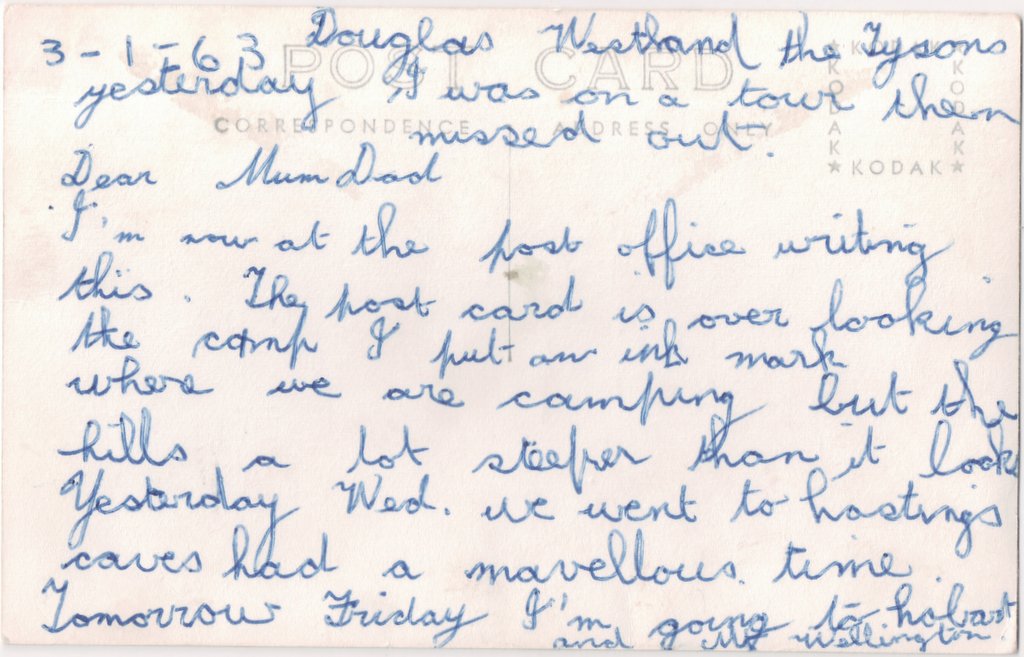 3-1-63Dear Mum DadI'm now at the post office writing this. The post card is over looking the camp I put an ink mark where we are camping but the hills a lot steeper than it looks. Yesterday Wed. we went to hastings caves had a marvellous time. Tomorrow Friday I'm going to hobart and Mt Wellington. Douglas Westland [met] the Tysons yesterday, I was on tour then missed out.

It was a very well organised camp. Phil took photos between the numerous scouting activities and excursions, and these are some of them. I don't know what camera he was using but his photography skills needed a bit of attention! (Maybe he should have done the photographers badge. If there was such a thing.) The photos aren't great but I've googled and I couldn't find any others on the web so they may be of historical interest. 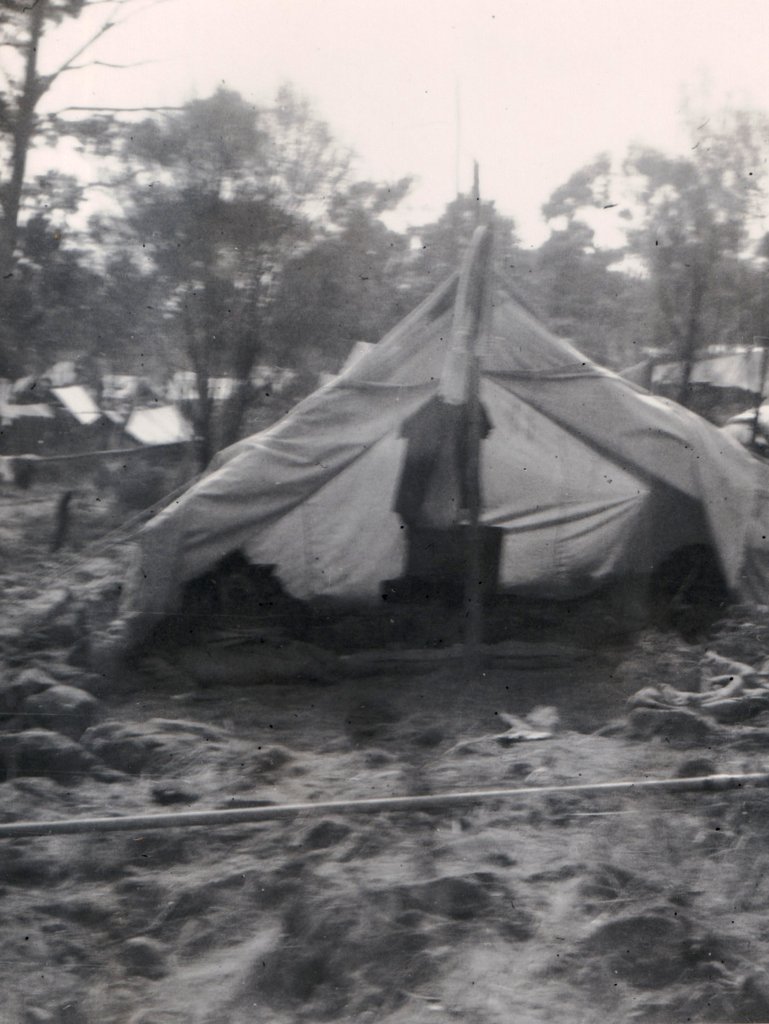 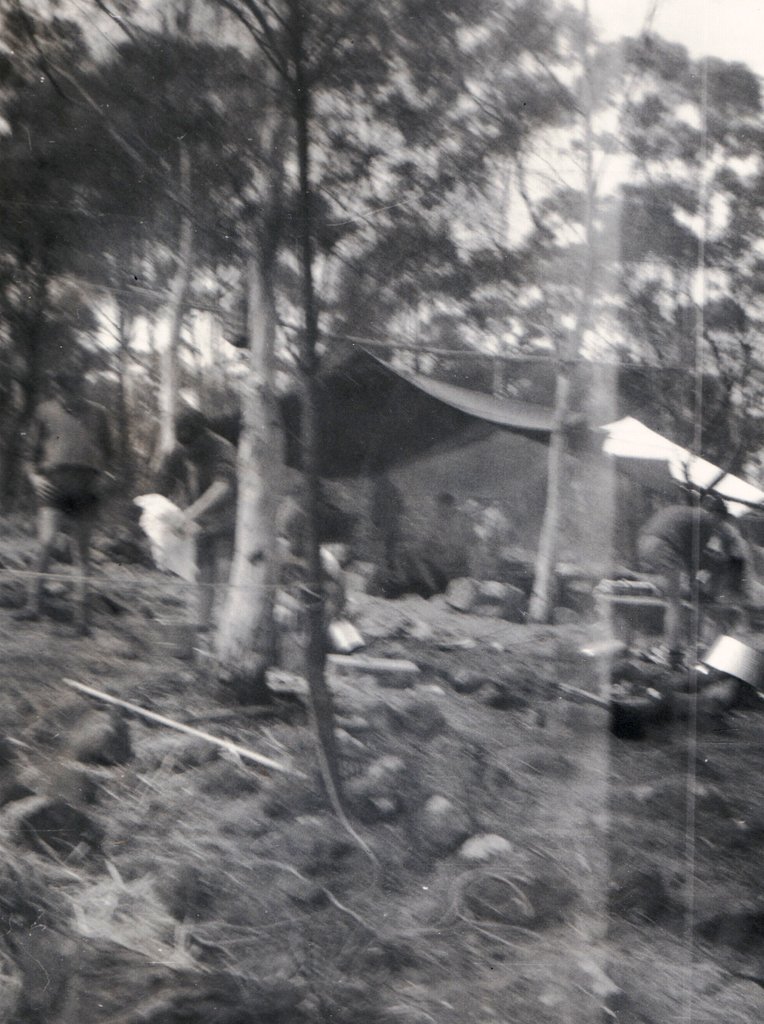 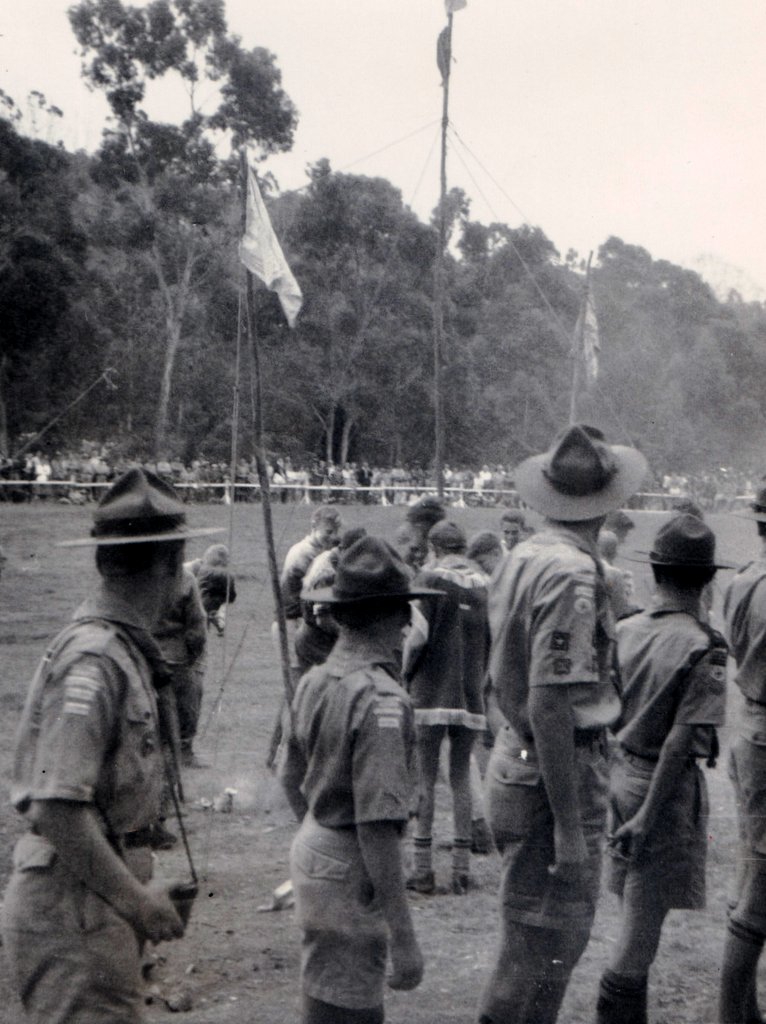 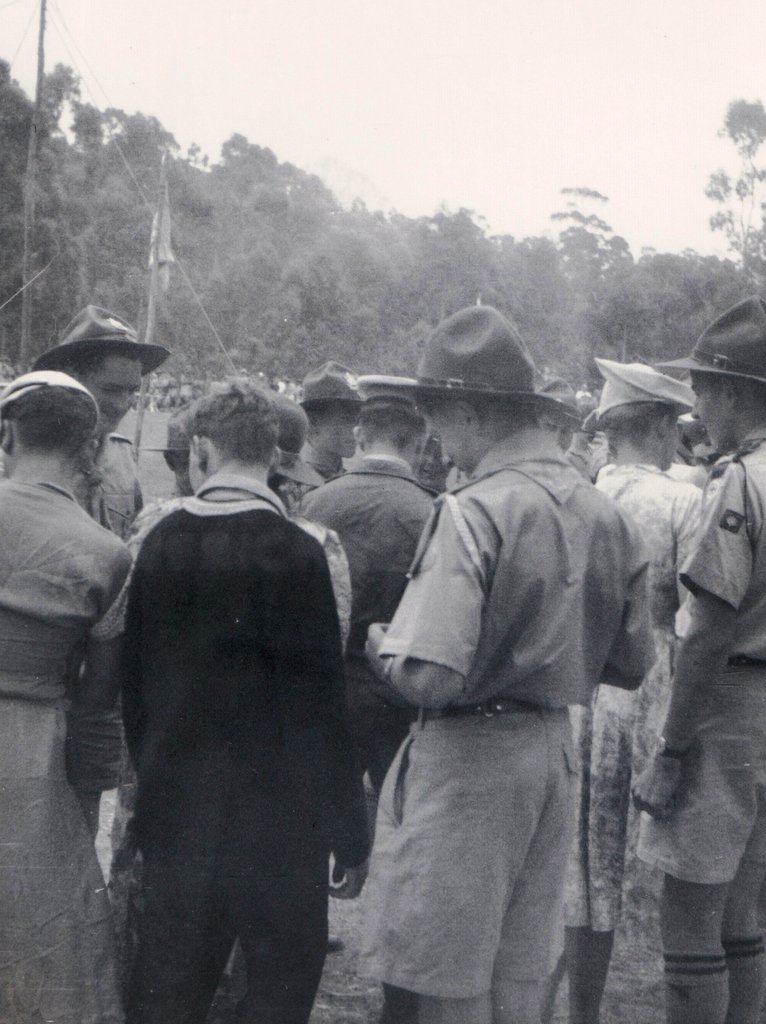 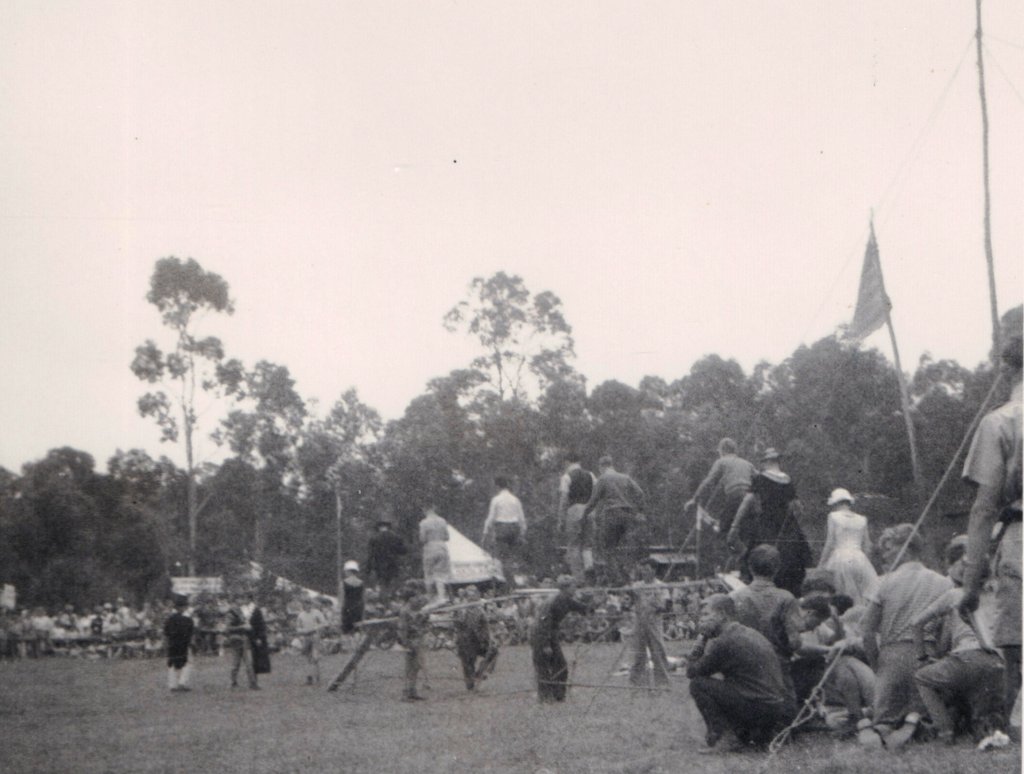 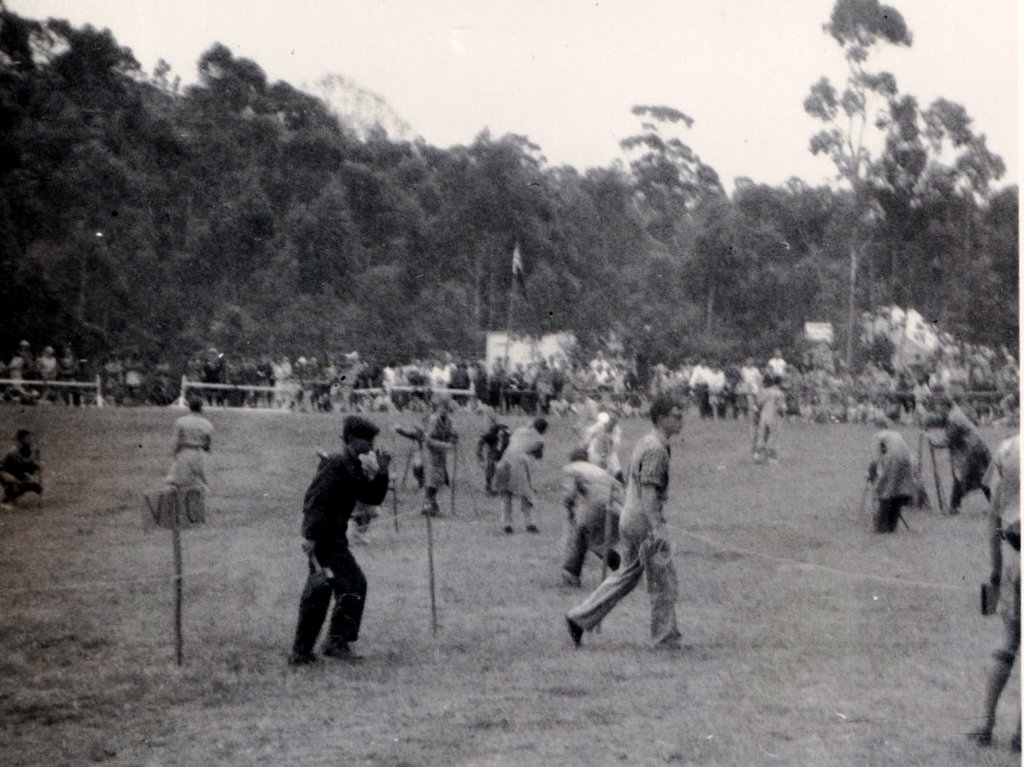 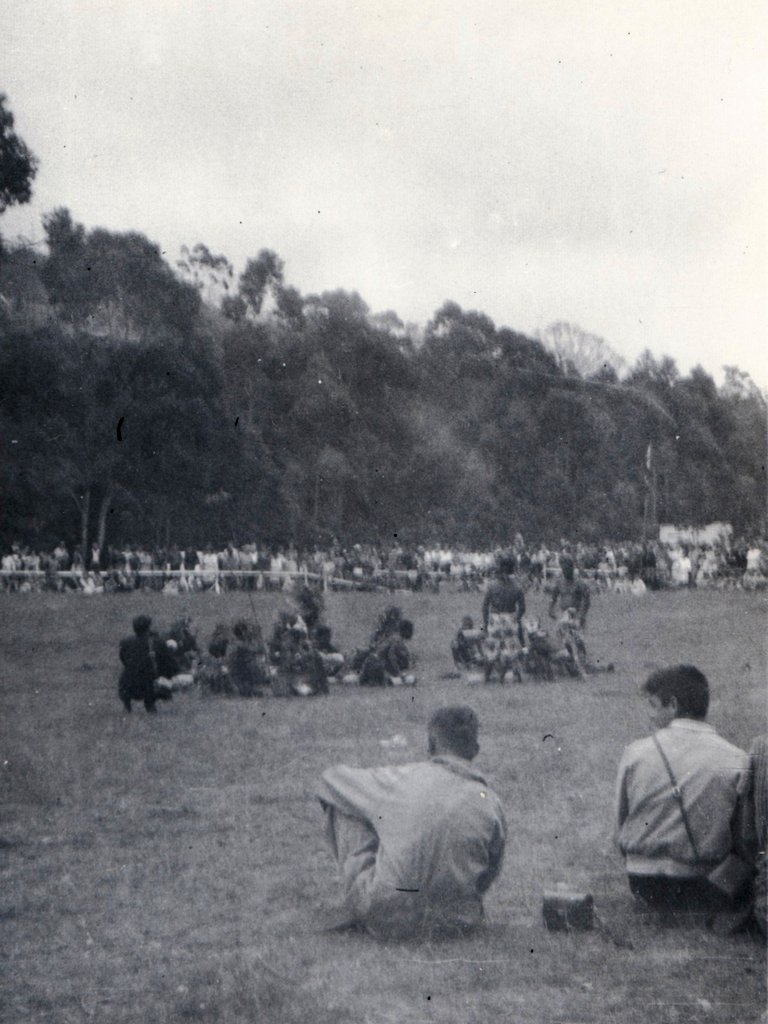 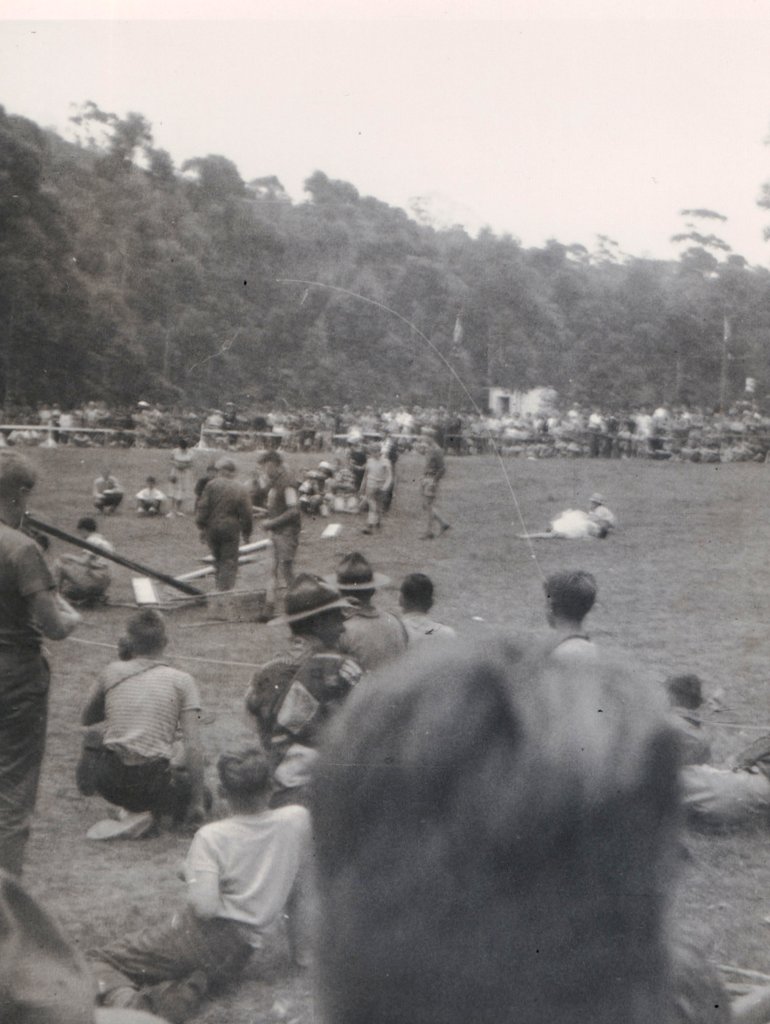 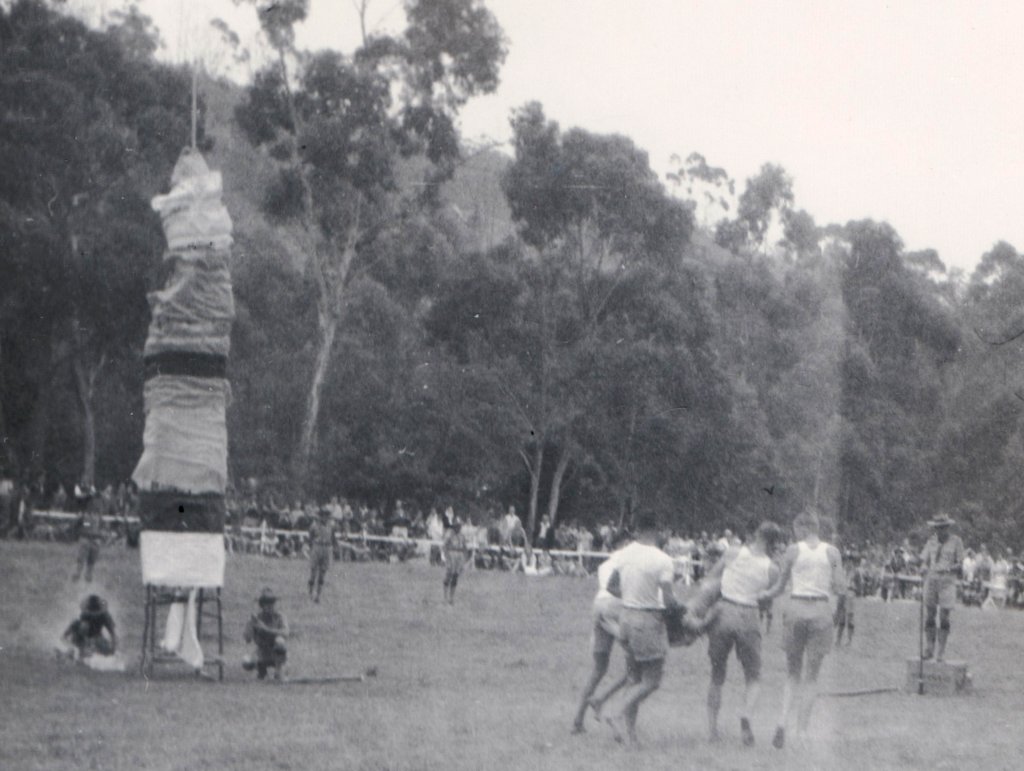 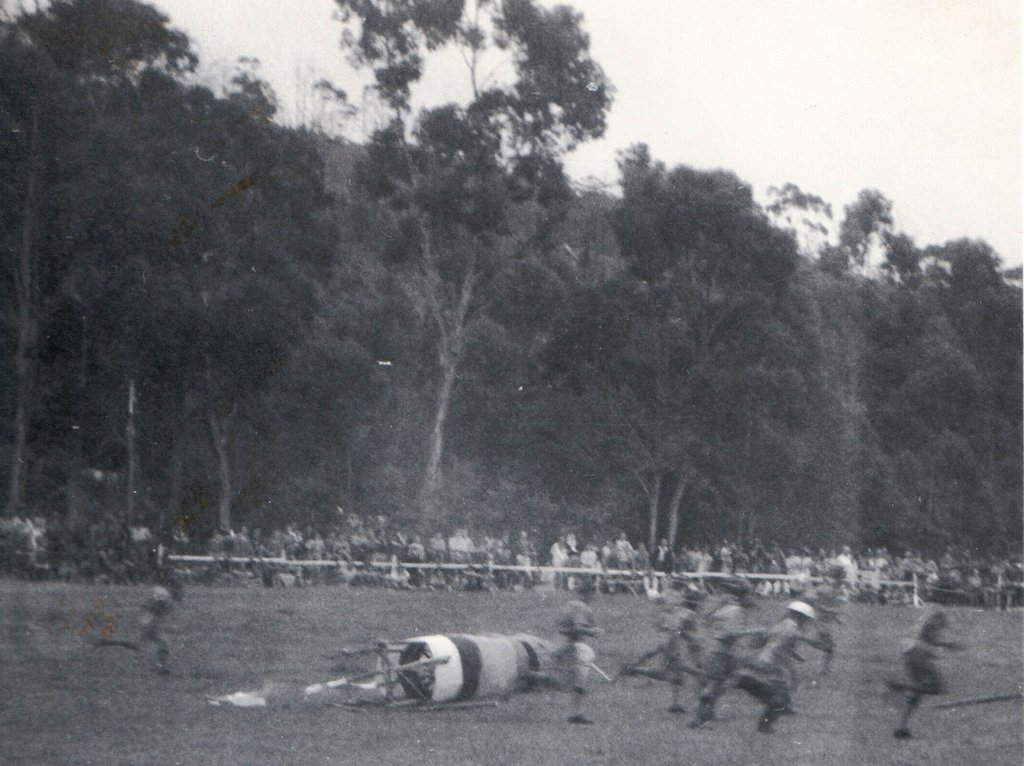 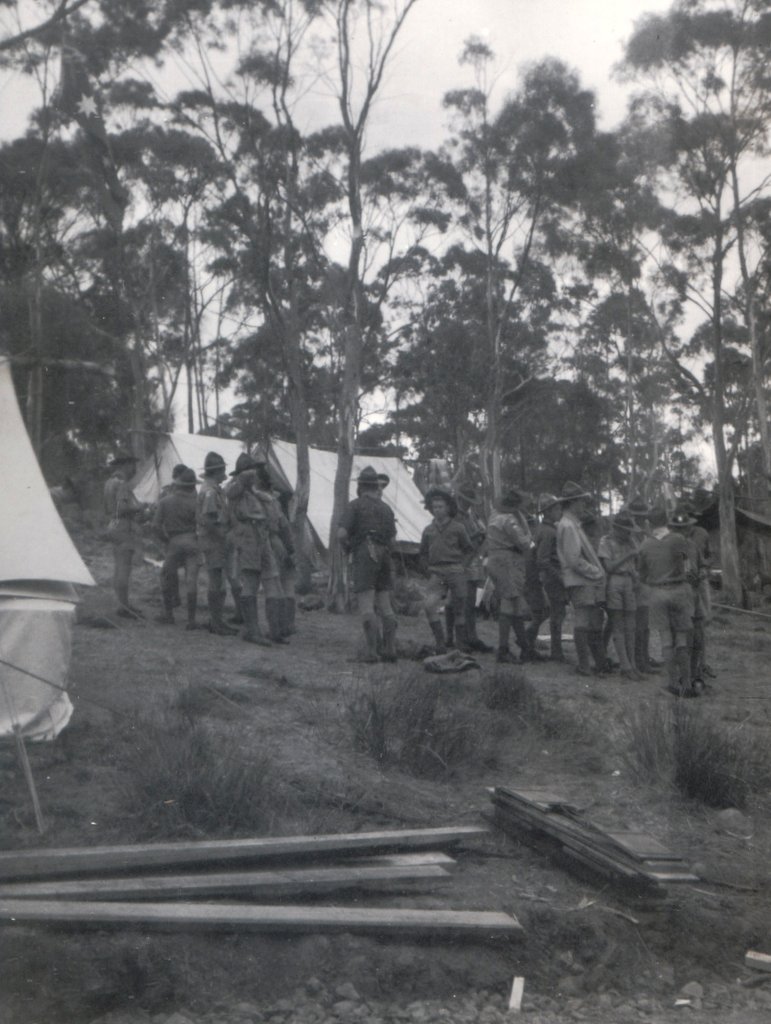 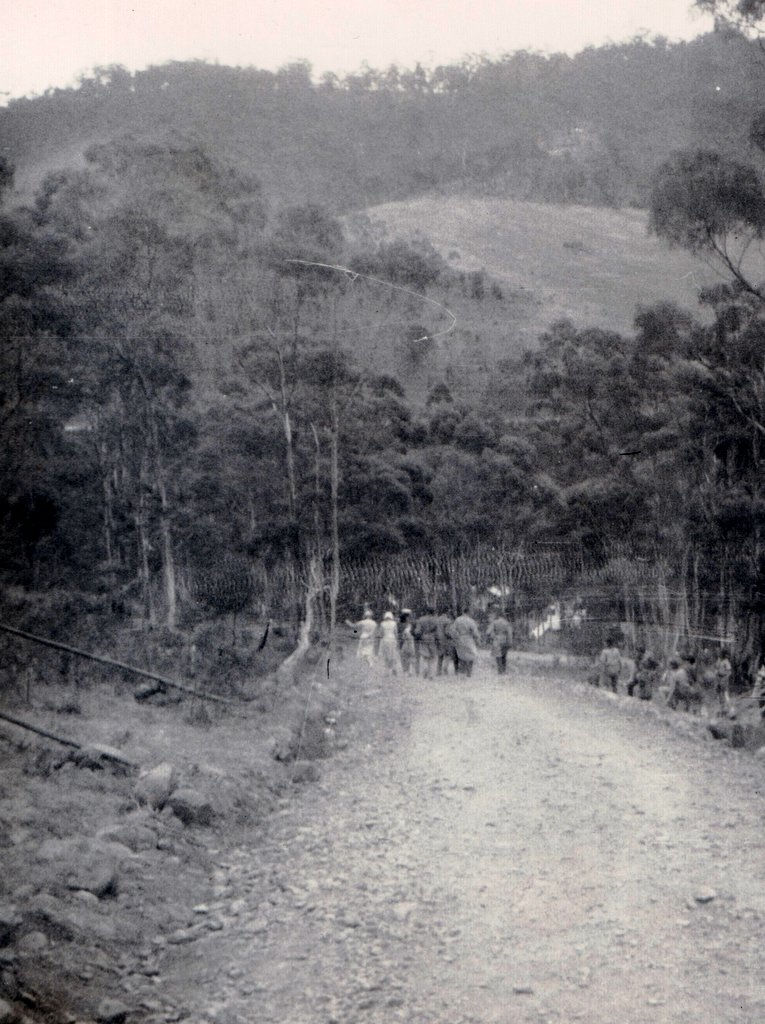 This post is in response to Sepia Saturday's theme photo. My photos feature flags and tents and uniforms so it almost matches :0
Happy New Year.