When he was in his twenties David Leed was an engineer on the riverboats that plied the Murray River, but that's a story for another day. This blogpost is an account of his first marriage.

Today we visited Kapunda in South Australia and made a point of visiting the Church of England because David,  Phil's great-grandfather, married there in 1884. In the 1800s it was a town that developed when copper was mined in the area. It was also the home of the pastoralist Sidney Kidman. A lot of beautiful buildings from that era survive and the museum is well worth a visit. 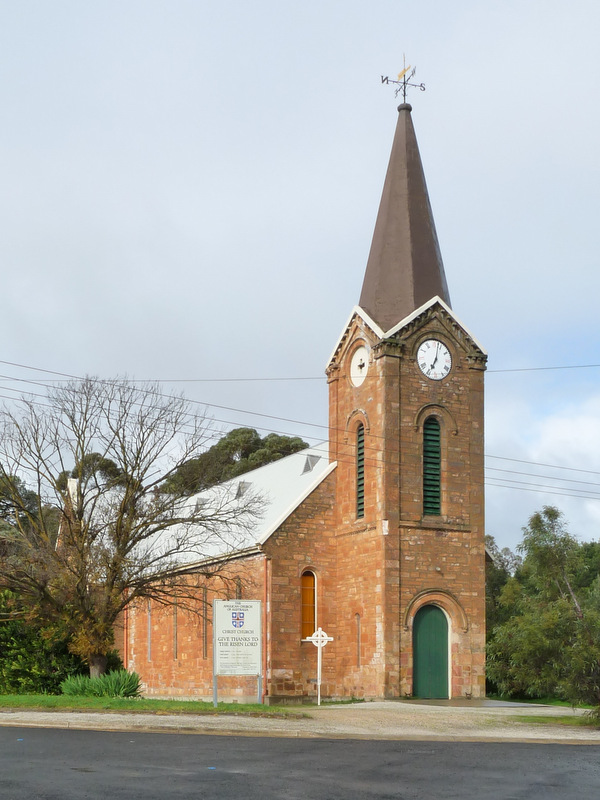 In 1884 Ellen Beaumont was 20 years old and living in Kapunda where her father William was a butcher. She married David Leed in the Church of England at Kapunda on the second day of the new year. David was 27 years old. They set up home at Morgan, an important river port on the Murray River. Morgan is about 50 km from Kapunda.

David would have spent many weeks at a time away from home as he worked as crew on various riverboats carrying goods upstream as far as Echuca in Victoria and up the Darling as far as Bourke. David and Ellen's first child was born at Morgan in September 1884, a girl they named Clara Florence, but sadly she died of dysentery three months later. A son, William George, was born at Morgan in March 1886 and some time in the next year the family moved to Eaglehawk in Victoria where David's family was living. (David's mother died in June 1886 so that may have prompted the move.) David and Ellen's second son was born at Eaglehawk in December 1887.

The following year, on 31 May 1888, Ellen died of typhoid. The two little boys were cared for by David's sister Grace until David married again three years later. 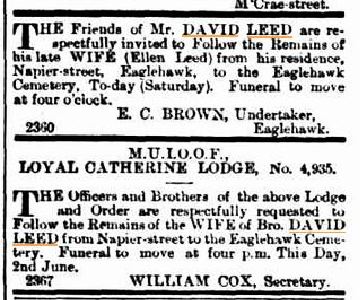