Allen Taylor was my great-uncle, my grandmother's brother. He died in 1972 when I was already an adult but I have only vague memories of meeting him and my aunt Laura once or twice and even then I can't recall the circumstances. I wonder now if he and his sister maintained contact that I'm unaware of, or if he was in touch with his other siblings.

So this is all that I know about him:


The photo of Allen and Laura in their garden is just about the only one I have of them and I quite like that it shows a playful side to his character. Laura has a fork in her hand and someone has tucked a dahlia under Allen's singlet. Allen looks very fit and strong. Who was the photographer I wonder?

This is the only other photo I have. It's Allen, in his army uniform, with his father Henry and his son Roy. Roy looks quite young so I think it must have been taken in about 1939.

Maybe sometime a Taylor relative will read this blog and fill me in with more details about this branch of my family's tree.

You can read more gardening stories over at Sepia Saturday. 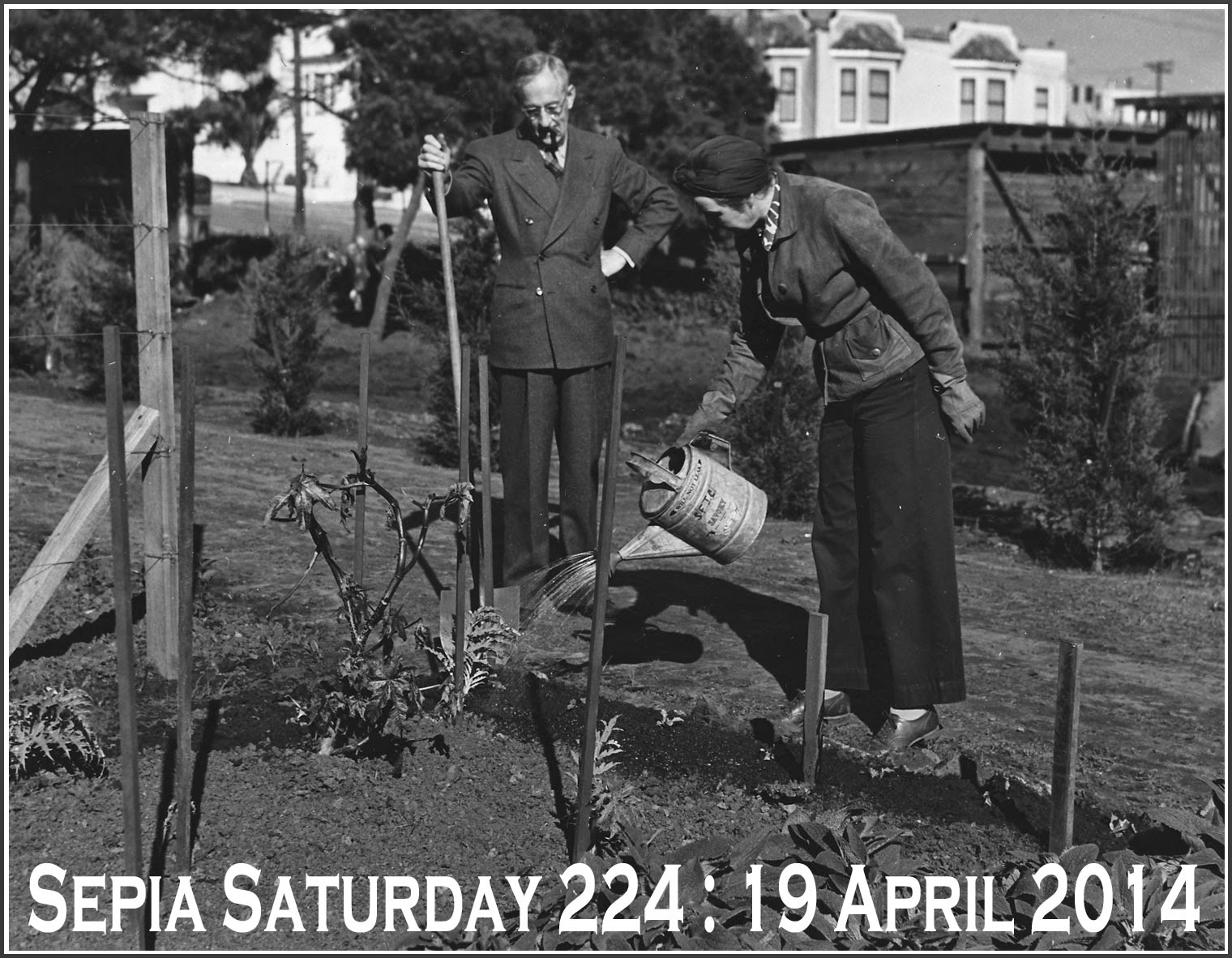