We planned our trip to locate several important sites of the WW1 battles on the Western Front.

Phil has a great-uncle who died near Fromelles and I have a great uncle who also was killed in action but his body was never found or identified but his name is listed on a panel at the memorial at Villers Brettoneux in the Somme valley. And Phil's grandfather was severely injured at Bellenglise near Bellecourt. There are also several cousins of our grandparents who died.

First we went to Ypres (Ieper) in Belgium (the ANZACS called it 'Wipers' but it's pronounced something like 'eepra'.) There is a museum in the main square there called 'In Flanders Fields'. It's very well presented and it was sad to see the detritus of war on display.

Then it was time to walk down to the Menin Gate War Memorial to the missing in action for the ceremony that is performed every night. There were hundreds of people there and the ceremony is quite moving because the crowd is silent. Each night is slightly different and the night we were there there was a bagpipe band. 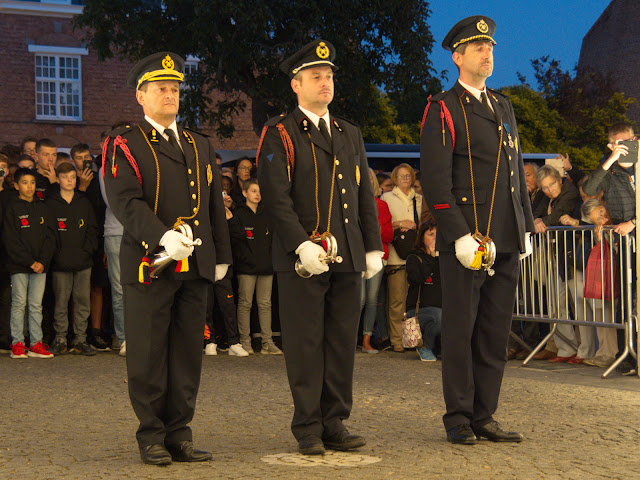 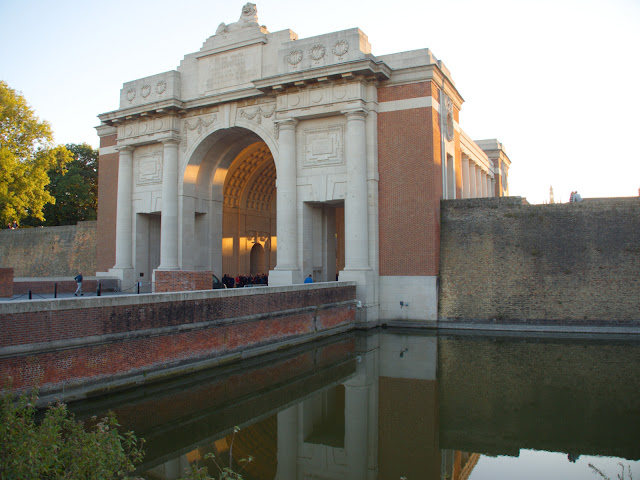 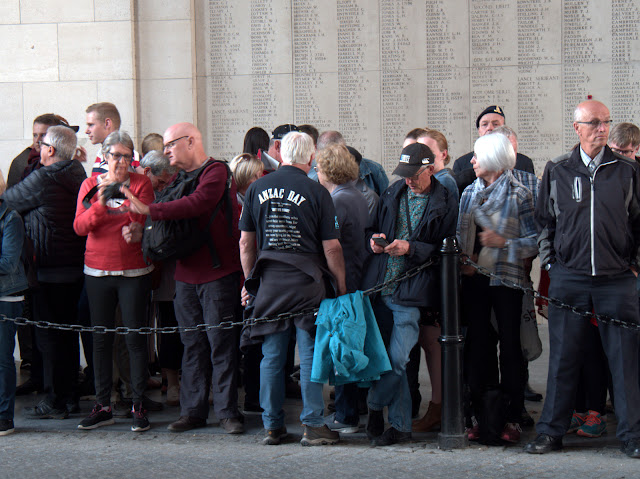 We also visited The Huts cemetery near Ypers where Phil's grandmother Annie Phelan nee Sims' cousin is buried. Joseph Hector Percy Chappel was killed in action 20 October 1917. This cemetery, like every other cemetery under the control of the Commonwealth War Graves Commission, was beautifully maintained. 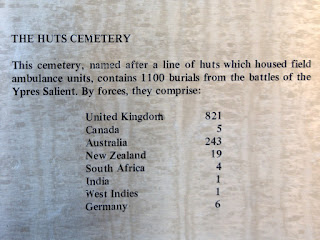