When I was growing up on a farm we always had a few chickens (chooks, we called them) and a rooster or two, maybe ten or fifteen. They supplied our family with enough eggs and the occasional roast chicken. But dairy cows were our main income source.

Not like the farm in the photos I purchased on the web. This family took egg production very seriously. In the context of the other photos in the bundle I think they were post-WW2 immigrants from Eastern Europe and living in New South Wales, Australia in the 1950s. Our chickens were free range but it looks like these were caged birds, one to each cage. 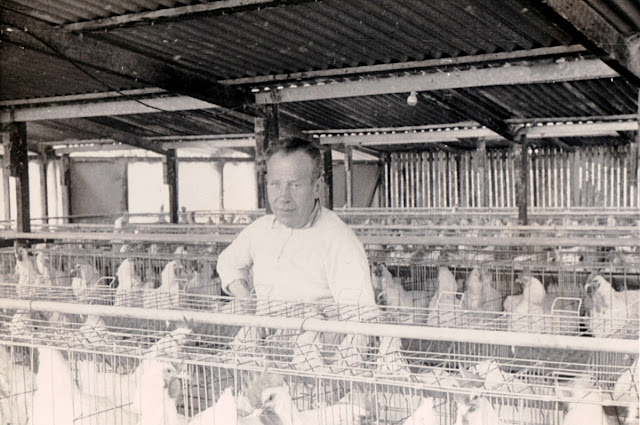 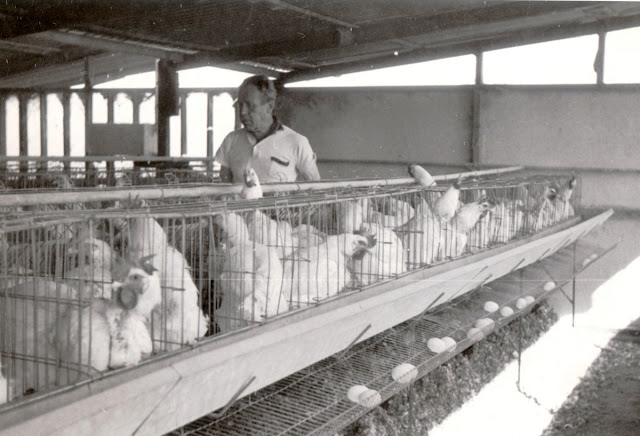 This post is in response to Sepia Saturday's theme for September, work and play. You can find more workers over at the webpage.