Curious contraptions. It's going to be interesting to see what my fellow Sepians choose to write about this week over on the Sepia Saturday website. Or maybe they won't write about contraptions at all - it's not compulsory to stick to the topic. Or they might select something else in the photo to concentrate on.

I'm sticking to the contraption theme.

First of all a photo that actually belongs to my uncle, Jack Larkin. He grew up in northern Victoria in the mallee country before WW2. He sure has some stories to tell about the tough conditions in those days, and everybody was struggling to make a living cropping the land. The contraption, below, was created by Jack's uncle. The car's engine was out of action so he converted the car into a buggy. 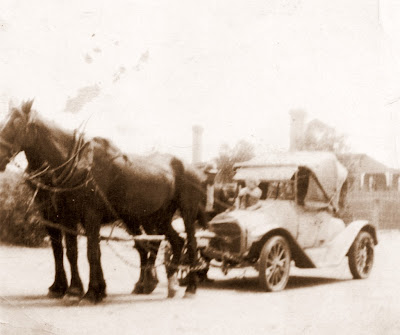 The next contraption was used on a farm at Mologa in central Victoria. I don't know whether the cart is a standard design or one they've built themselves - I suspect the latter. It has two wheels at the back and one at the front.

The firewood in the pile at Mologa was for use on the farm in the house and dairy. It would have been Grey Box eucalyptus probably. The firewood below was from various mallee eucalypts and was highly prized because it burned slow and hot, especially the roots. It is still valued for those qualities but is now a rare item because the remaining bush has conservation controls and can't be cleared.

Not sepia but definitely contraptions, although I think they should properly be called sculptures. Several years ago we were in Basel, Switzerland and visited the Tinguely Museum. If ever you're in Basel don't miss it. Jean Tinguely makes quirky pieces probably categorised as metamechanics. It's a noisy museum because the pieces aren't static - they squeak and rattle and shake and boom, they groan, flop and rotate. Some are small, like the two below, and some are huge. We loved it all. 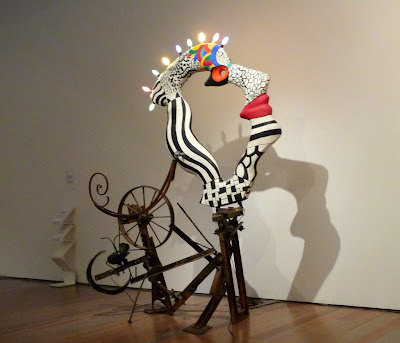 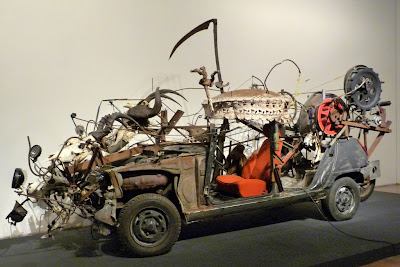 And then we went to a fountain in the centre of Basel where Tinguely sculptures have been installed to great effect - same deal plus water, so they splash and squirt as well as rotate and rattle and squeak. 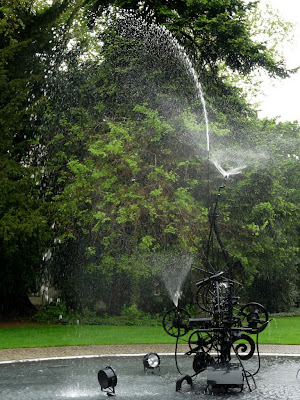 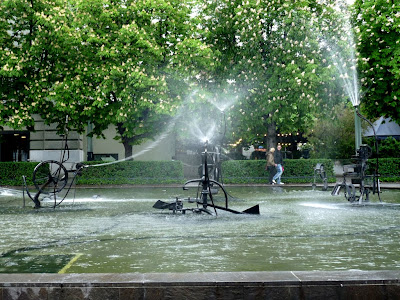 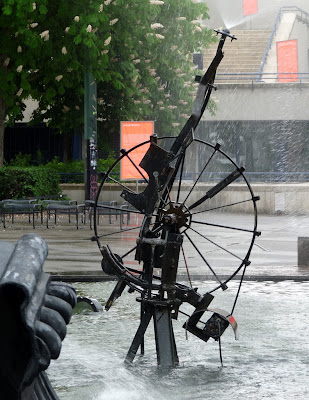